Seemingly a standard village fete style vegetable competition;  audience members are asked to guess which onion they think is likely to win the Best Onion Competition, to be judged by the Vicar later on. But, this task is harder than it looks, for it turns out that the Vicar is somewhat the worse for wear, and it’s anyone’s guess as to which onion he’ll be vaguely pointing at after he approaches the judging table (a running commentary is provided), stumbles, and inevitably hits the ground… The successful guess wins a mystery prize!

Performed at the LIFT Molten Festival 2009, and at Hoopla!, Sugarhouse Studios, Stratford 2012 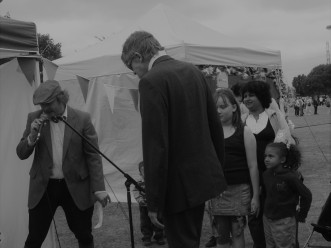 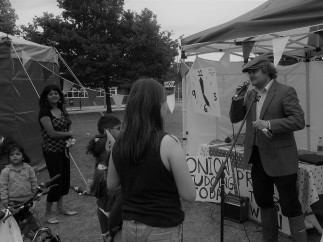